Most hated man in video games: The scandalous reign of Call of Duty billionaire

Bobby Kotick rescued Activision from bankruptcy more than 30 years ago and helped turn it into a video games titan. But his tenure has been riddled with a series of scandals.

Five Mao fanatics who ran an internet rumour mill have been sentenced by a court in central China for circulating articles which “smeared former state leaders” but their ringleader, who awaits trial, remained defiant despite the sentencing.The people’s court of Xinhua district in Pingdingshan, Henan province, sentenced two men and three women in late December to jail terms ranging from nine months to two years on the official charge of “picking quarrels and provoking trouble”, according to a…

Continued uncertainty and income inequality are two reasons why world economic growth looks set to slow in 2022. Last year's output increases are not enough to keep the pace, according to a report from the World Bank.

Turkey is home to more refugees than any other country in the world, with more than 3 million Syrians and 300,000 Iraqis. But as the years have gone by, many Turks believe these refugees have overstayed their welcome. Now, as the economic crisis in the country gets worse, attacks have begun to escalate, both rhetorically and physically. Our correspondents Ludovic de Foucaud, Shona Bhattacharyya and Hussein Asad report from Bolu, a city whose mayor wants all foreigners out of Turkey.

JB Hi-Fi has unveiled a better than expected result for the first half of the new financial year, with the company’s sales and profits only falling slightly.

The creature lived more than 90 million years ago and its remains were found poking out of the mud.

The greenback has gone from 4 to nearly 3 shekels in recent years, but many donors don’t notice when they write their checks to Israeli nonprofits in dollars

Why are Black goalkeepers still the rarest sight in elite European soccer?   23%

Over the years, many pseudoscientific and unfounded theories have been spouted in an attempt to solve the ‘mystery.’ But the real answer remains painfully obvious

Distinguished diplomat served around the world   10%

Archibald Duncan Campbell AM, who died on October 11, 2021, served Australia in a distinguished career as a diplomat for nearly 40 years from 1955 to 1993.

The last seven years have been the hottest on record globally “by a clear margin”, the European Union’s climate monitoring service reported on Monday, as it raised the alarm over sharp increases in record concentrations of methane in the atmosphere.Countries around the world have been blasted by a relentless assault of weather disasters linked to global warming in recent years, including record-shattering wildfires across Australia and Siberia, a once-in-1,000-years heatwave in North America…

Born 200 years ago in Germany, the adventurer-archaeologist Heinrich Schliemann was obsessed with finding the kingdom of Troy described in Homer's "Iliad."

Several high-stakes initiatives aimed at stemming the still-surging pandemic are here as Biden approaches one year in office.

[Seychelles News Agency] Seychelles' passport remains the most powerful on the African continent for a consecutive year while moving up one place in a global ranking recently published by Henley and Partners for the first quarter of 2022. 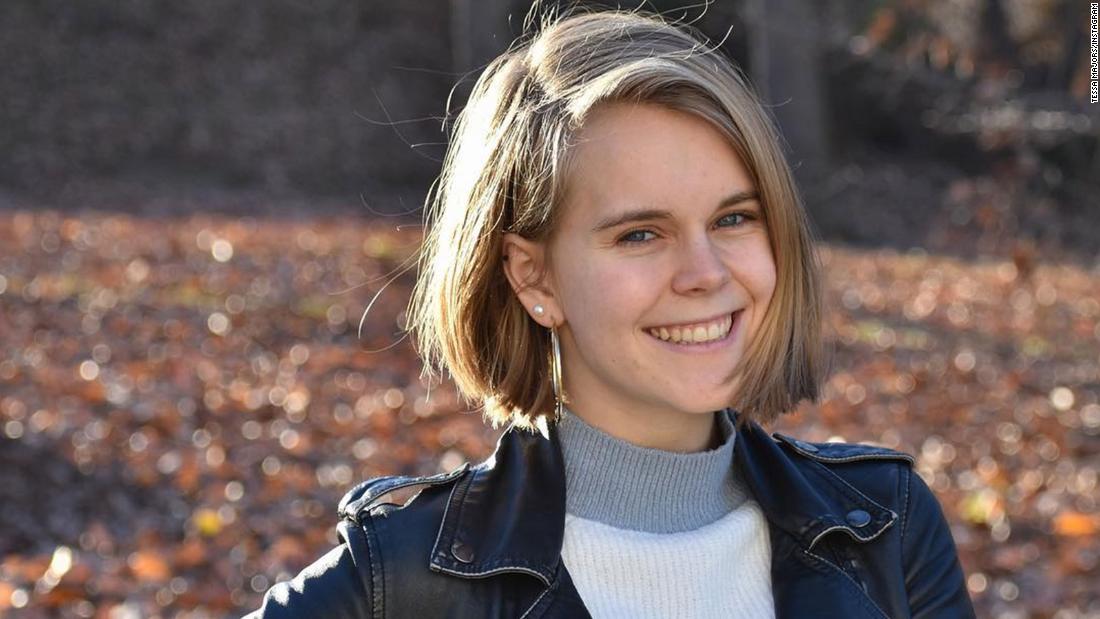 More than two years after the killing of Barnard College freshman Tessa Majors, the third and final teen who pleaded guilty in her case was sentenced Wednesday to 14 years to life. 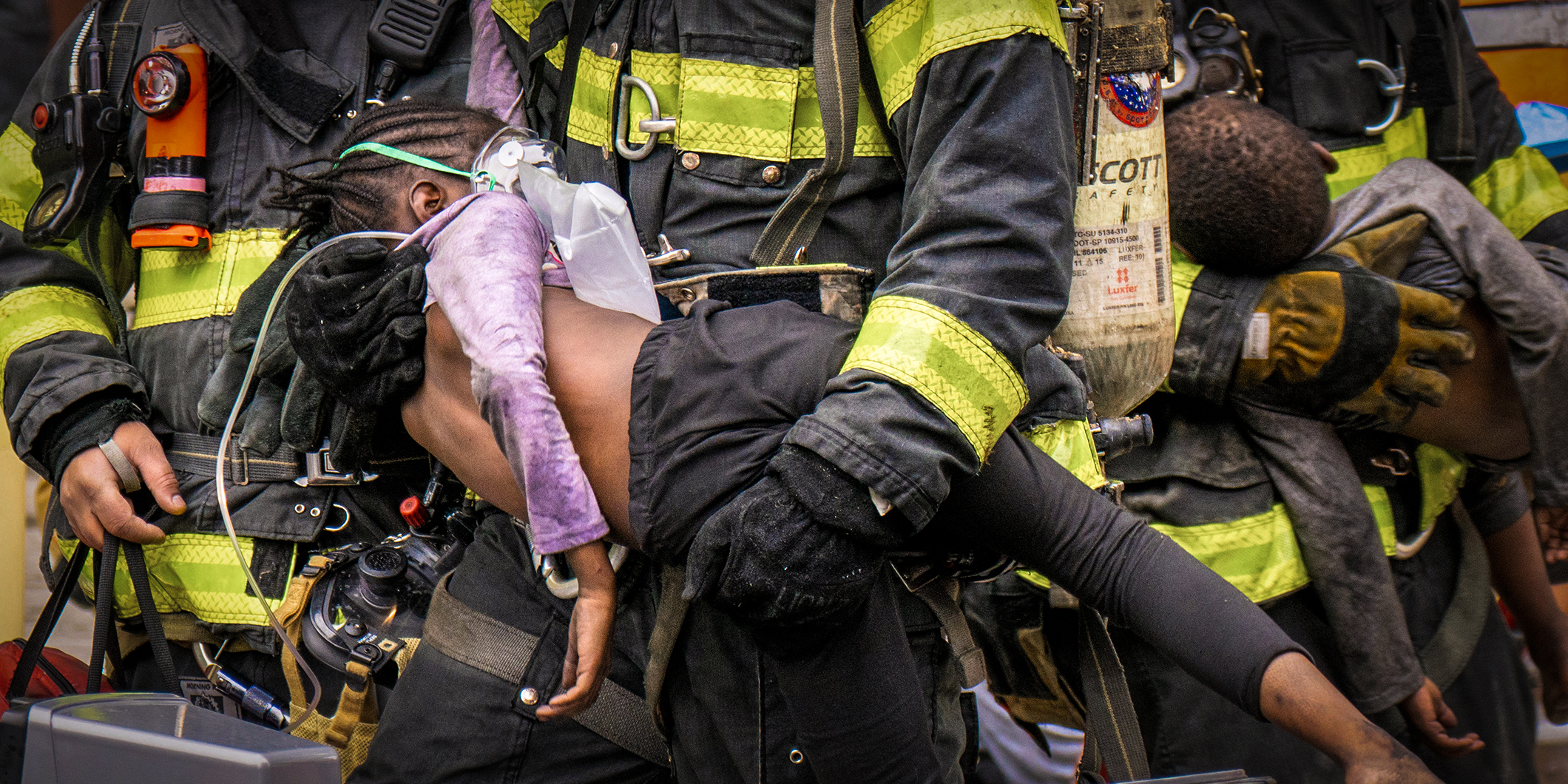 Of the 17 maintenance code violations issued last year, two were related to broken or defective fire retardant material. One of those remains listed as open. 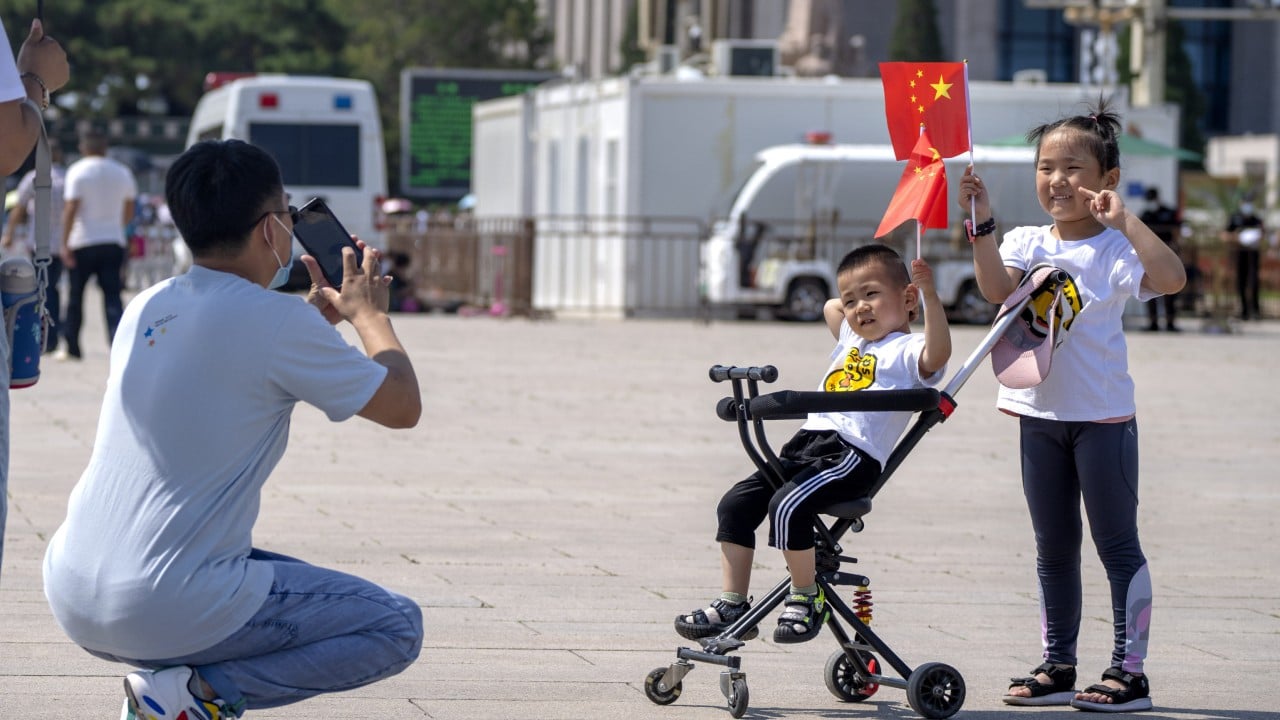 China’s population level could fluctuate around the point of growth stagnation in the coming years before it starts to decline, analysts say in light of new data showing the mainland’s overall population increased by just 480,000 people in 2021.The official numbers, released on Monday, are fuelling concerns about China’s demographic crisis, including worries that its population size may have peaked last year or will do so in the near future.“In the next 10 to 20 years, China’s natural…

Biden faces delays in undoing Trumps war on efficient dishwashers, dryers and lightbulbs that made him look orange   2%

Nearly a year after Trump left the White House, his rules weakening energy efficiency standards for lightbulbs and other appliances live on. Delays, missed deadlines and a backlog of 33 overdue standards have hobbled the Biden administration's efforts to cut energy use and fight climate change.

Israel advances tax relief for returnees and immigrants in high-tech

Our Got a Minute? columnist outlines how last year’s learnings will inform the new working year. 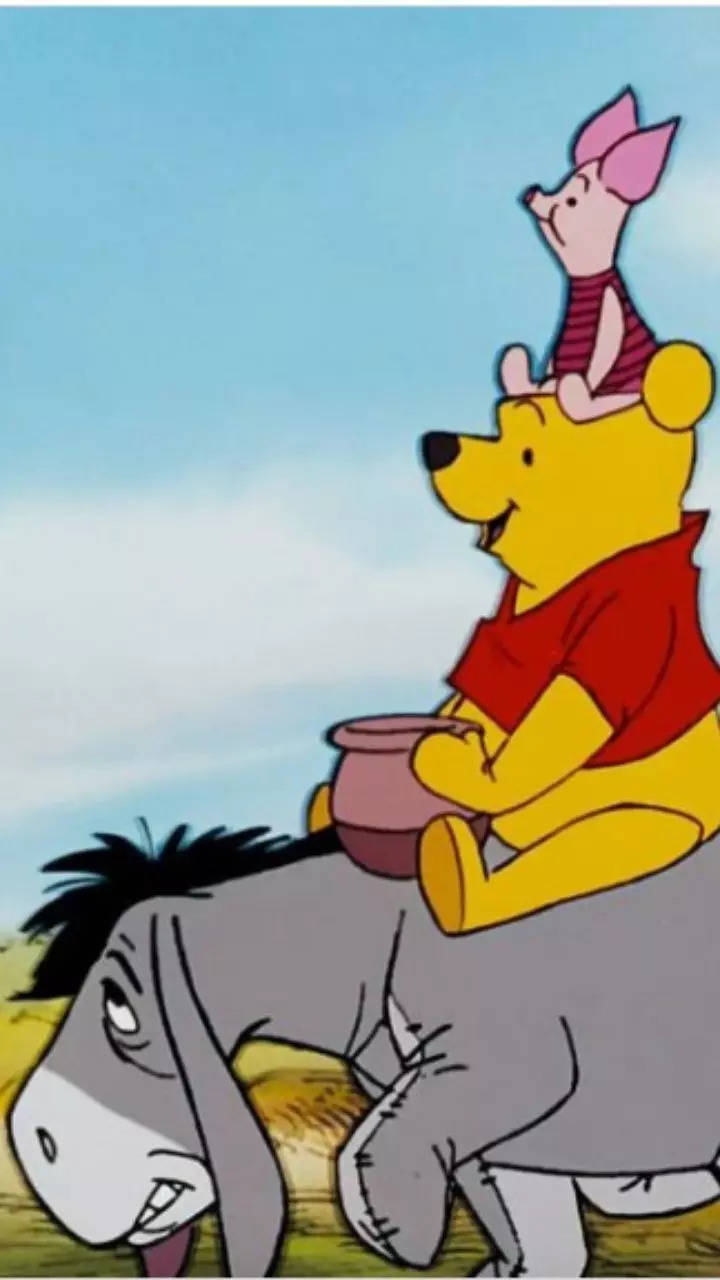 January 18 is celebrated as Winnie the Pooh Day, in honour of its creator AA Milne’s birthday in the year 1882. Here are 10 life lessons the iconic bear and his friends taught us.

With the midterm elections later this year, it's not to late for the Democrats to adjust course.

On the 20th anniversary of the first prisoner's arrival at Guantánamo Bay, we spend the hour with former detainees, starting with Moazzam Begg, who was imprisoned for three years at the military prison and eventually released without ever being charged with a crime. He now advocates on behalf of victims of the so-called war on terror, calling on the Biden administration to follow through on promises to shut down the military prison and release the remaining 39 prisoners. Twenty years after the detention center opened, Begg reflects on the absurdity and lawlessness of Guantánamo, describing how its torture methods were not only unethical but ultimately extracted very little credible intelligence. "The legacy of this place is imprisonment without trial, torture, the absence of the rule of law, the removal of the presumption of innocence," says Begg. 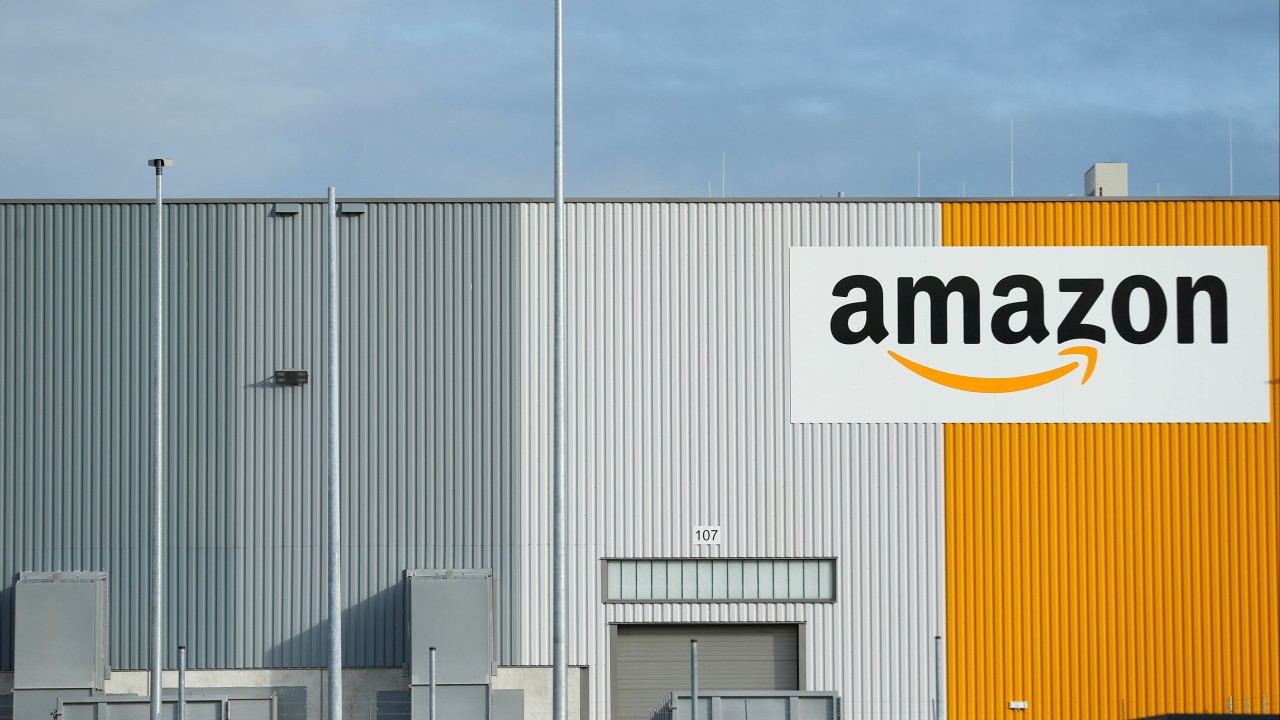 From micro and HIRT workouts, “fake” fish and “dairy” milk without the cow, here’s how we’ll be eating and exercising in the year ahead.

Russian investigators concluded that Colin Madsen died of hypothermia in the mountains of Siberia six years ago. U.S. government officials, however, suspected foul play and believed the circumstances of his death "were not properly or fully investigated."

One America News Will Be Dropped by DirecTV, a Major Distributor   5%

The right-wing network has aired conspiracies about the 2020 election, last year’s Capitol riot and the safety of coronavirus vaccines. 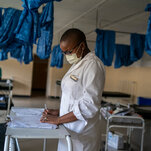 A former Africa correspondent, who covered the height of the AIDS epidemic there 15 years ago, finds lessons in the remarkable progress against that virus for our current fight.

Credit Suisse Chairman Antonio Horta-Osorio has quit following an internal probe into his personal conduct, including breaches of Covid-19 rules, raising questions over the embattled lender’s new strategy as it tries to recover from a string of scandals.This comes less than a year after Horta-Osorio was hired to help the bank deal with the implosion of collapsed investment firm Archegos and the insolvency of British supply chain finance company Greenshill Capital, even as it was still reeling…

'Youre afraid of forgetting who you are': The American prisoners who spend years in solitary confinement   -6%

They are held alone in a cell the size of an elevator, sometimes with no window. They’re denied contact with other people. Thousands of American prison inmates are held for years in solitary confinement, cut off from the world. A few of them tell Haaretz their stories

What you need to know about planning travel right now 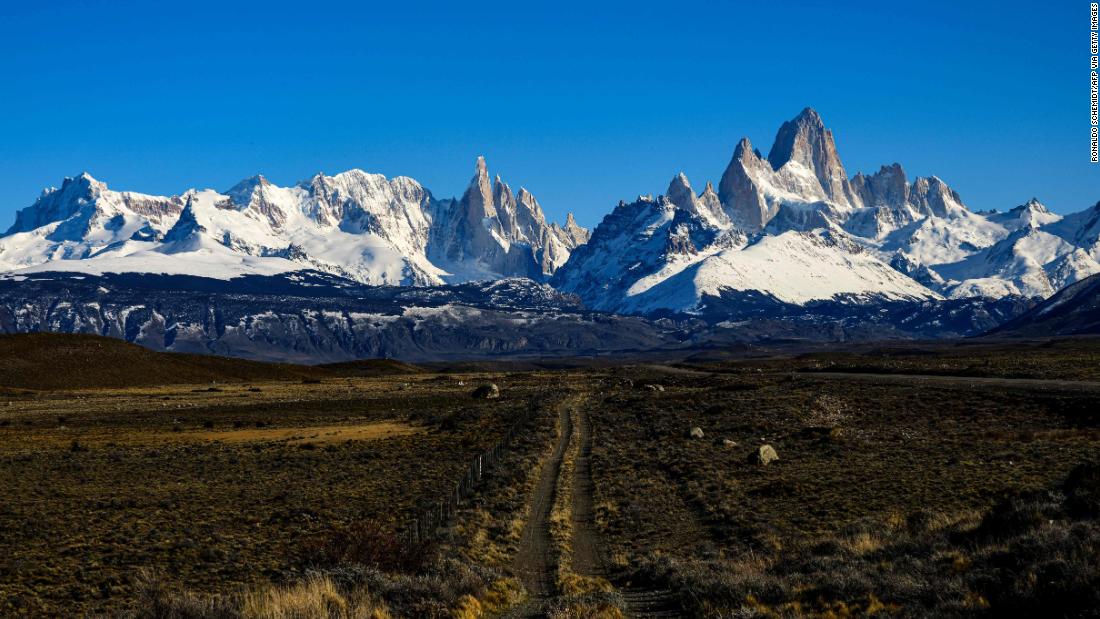 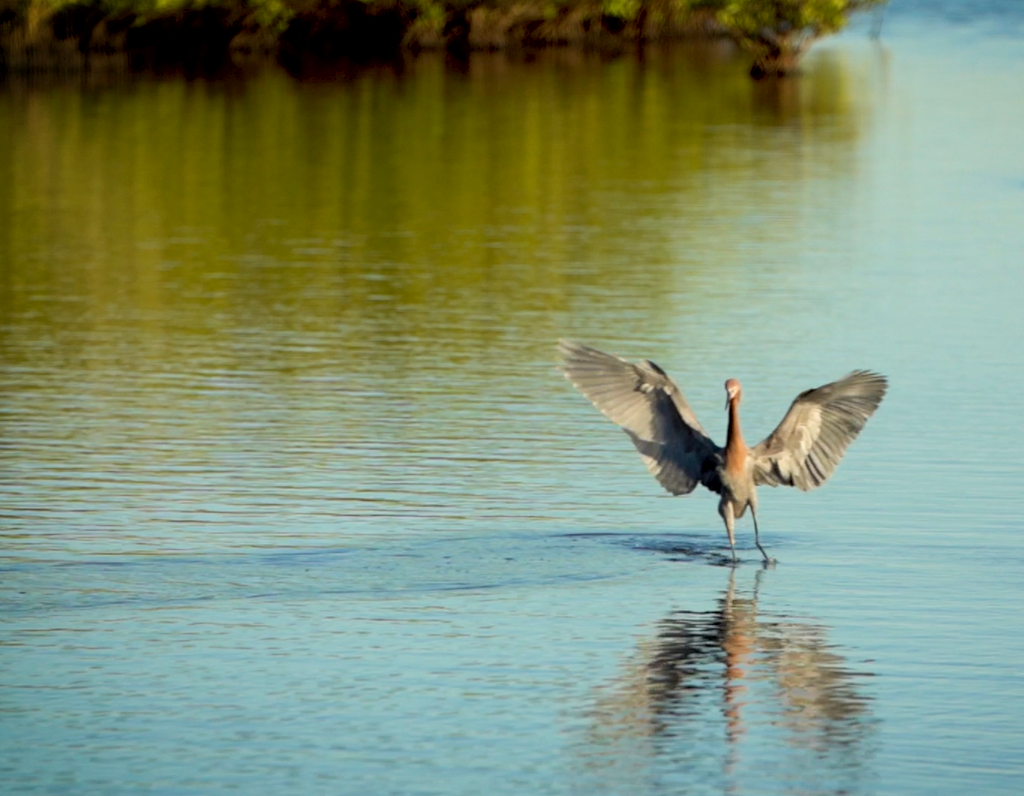 Much of the sunshine state remains more or less as it was a thousand years ago, with nature accessible to all

Feeding families: how one dynamic US food bank is taking on inflation

In the last year, the Community Food Bank of Central Alabama, a neighborhood lifeline, has faced steep odds amid mounting supply chain problems and rising prices

There was purposeful work being done inside the expansive food bank warehouse, with Michael Jackson’s Billie Jean blasting from a small stereo near the loading dock to help spur the groups of volunteers inside the 60,000-sq-ft facility.

Almost two years into the pandemic, and now with inflation at a 40-year high, a typical day at the Community Food Bank of Central Alabama (CFBCA) reveals an abundance of activity and cheer belying the steep odds these neighborhood lifelines face.

An Israeli search for a South African icon: A sons biography of his father   16%

Journalist-author Roy Isacowitz lost his father, a prominent anti-apartheid activist, when he was 10. More than 50 years later he went back to South Africa to ‘discover’ him

Should I feel guilty about my carbon footprint?   1%

Joan Didion, the Observer; and Reviewing Biden, Year One   -1%

Hilton Als and Emma Cline on the late writer’s influence on generations of younger authors. And our correspondents assess the successes and failures of Biden’s first year.

The DW film "A World Without Beethoven?" explores the composer's influence on pop culture. This year, it takes home an International Classical Music Award.

Granderson: So you've committed a racist gaffe. Your comeback can be quick and easy!   -20% After shouting racial epithets and obscenities in his front yard a year ago, country music star Morgan Wallen is back onstage and selling like Adele. What's his secret?

Joe Manchin finally makes it plain: He is in favor of minority rule

A year of debate over the filibuster ends with the dropping of a truth bomb.